The Patient Protection and Affordable Care Act (PPACA) was signed into law on March 23rd 2010 by President Obama. This 2,409 page law has generated more polarizing opinions in Congress than any sport rivalry could dream of. It has caused such a divide that many often wonder if lawmakers are voting out of spite rather than the best interest of Americans.

A cliff notes version of this 2,409 page law can be found at the Kaiser Family Foundation Website.

One main talking point will be discussed, with both sides of the isle being represented. What you decide is up to you.

The Congressional Budget Office (CBO) released an estimated budget report in May reporting the cost of the PPACA. It estimates a net cost of $1.363 trillion from 2014 through 2023.

CBO director Douglas Elmendorf broke it down like this; “The savings over the 2014–2023 period from repealing the insurance coverage provisions would be greater than the $1.2 trillion estimated last year for the 2013–2022 period. But the net costs of repealing the other provisions of the ACA were estimated last year to total about $1.3 trillion for the 2013–2022 period…”

We would spend more than we would save if repealed.

There are two sides to every story. The other side of the isle consistently brings up a previous estimated budget report for Medicare. The Ways and Means Committee, which is supported by the CBO, estimated the cost of the Medicare hospital program annually by 1990 would be $9 billion. Actual spending that year? $67 billion.

Another prediction was that the total Medicare program would cost $12 billion in 1990. Actual spending? $110 billion.

Is history doomed to repeat itself? Have we finally learned from our mistakes?

Only the future holds the answer.

However, one aspect of the Patient Protection and Affordable Care Act that still holds true is the roughly 10 million more individuals it will add to the ranks of the insured.

Adding these individuals will expand the workload for providers requiring them to spend less time with each patient.

Expeditor Systems can bring back your lost time. Our light signaling system reduces wasteful steps that are continuously repeated by providers and assistants alike.

Providers know which patient is next, assistants know where they are needed, and overall stress levels are reduced.

8,000 customers nationwide support this claim, with full service and support.

Let us show you how Expeditor Systems can improve your bottom line.

With flu season rapidly approaching, medical centers are beginning to plan for a potentially rough year. The impact an increase in patients can have to patient flow is significant, and when you also have a shortage of staff, the impact can be even greater.

Every healthcare provider wishes most to maximize the time they spend with their patient, without getting behind. The best way for this to occur is to improve patient flow - from check-in to check-out. When this occurs, patients are satisfied and revenue is increased. In an article in Medical Economics,... 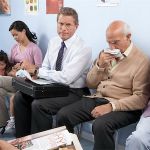 With flu season rapidly approaching, medical centers are beginning to plan for a potentially rough year. The impact an increase in patients can have to... 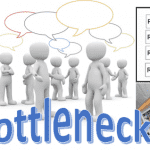 Every healthcare provider wishes most to maximize the time they spend with their patient, without getting behind. The best way for this to occur is to... 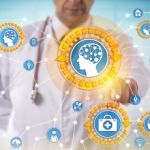 In a recent article, the results of a MGMA surveyed more than 650 healthcare leaders to get a sense for how clinics are helping to improve the...